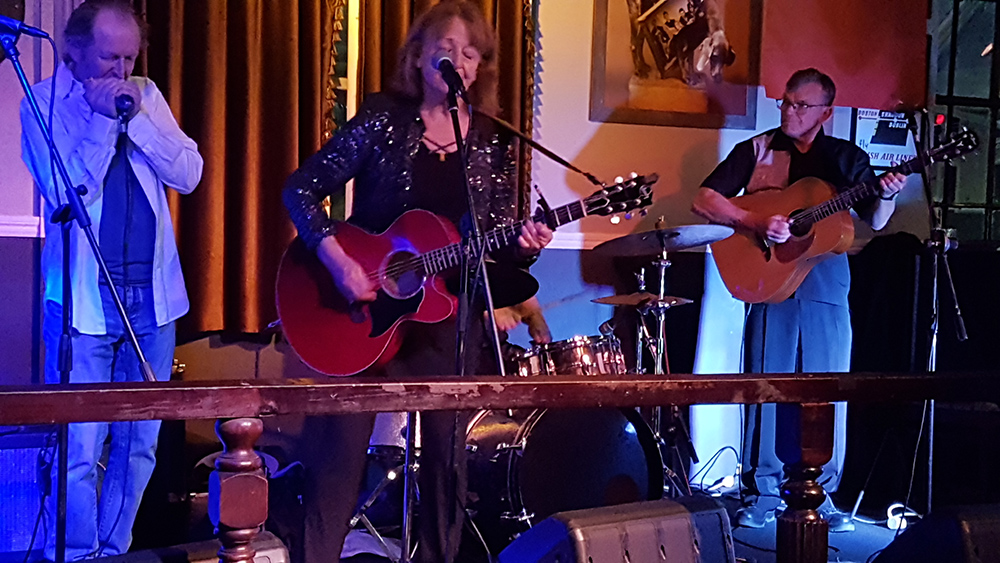 Wellington is one of Canberra’s sister cities, and we attended the 3 October blues night featuring Carol Bean, Terry Casey and Dave Murphy. What a great night out!

Take a seat, order your dinner and drinks and sit back to enjoy good local musicians playing their hearts out. Lots of audience members were on the dance floor and some showed that they had indeed learnt to dance.

It’s very heartening to see a Wellington city business supporting local music like this. Keeping live music alive is no mean feat these days as Canberrans know only too well. If you visit our sister city do consider including this evening in your plans.

Well then, about the musicians from the Capital Blues website:

Terry Casey is an integral member of the Wellington blues scene. He fronts his own band and is the go-to blues harp player for many musicians including Darren Watson, Dougal Spier, and Dave Murphy. Terry’s original songs are rhythmic, hard hitting and often funny. He has almost enough songs for an album – watch this space.

Dave Murphy isn’t just a bluesman, a Piedmont picker, and vocalist, he also leans towards country ballads and has perfected the picking style of Chet Atkins. He is in a duo with Janet Muggeridge and plays in the Red Dog Saloon Band with Dougal Spier. Dave, Terry and Carol have performed together and as duos regularly. They were featured guests at the NZ Blues Festival in Rotorua where Dave opened for acclaimed American slide blues player Doug McLeod.

Find out more at https://www.capitalblues.co.nz/