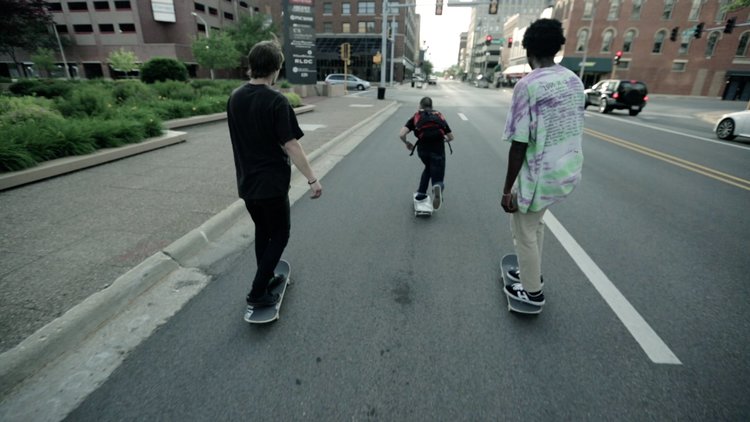 We attended a media preview screening of Minding the Gap on Tuesday 10 July. Made in the USA this year by young director Bing Liu, the film follows a group of young people in the economically depressed town of Rockford.

The film’s website offers us this, so well put that we need not say more to interest other viewers:

What began as an intimate ode to the simple joys of skateboarding while being young and carefree, a family drama of two young twenty-somethings raising a child together, and the struggle to make a living in a small city seamlessly slides into the spiralling pain of intergenerational trauma, domestic abuse, and toxic masculinity…There’s urgency to their lives, to Liu’s introspection, to the staggering difference between hope and despondency that Minding the Gap bears on its shoulders.

Happily, this festival has found funding from Ainslie IGA and is supported by others including ANU, Palace Electric and the High Commission of Canada – having missed out on government funds again this year.

Deborah Kingsland and her capable and enthusiastic team, including volunteers, are to be congratulated on bringing a super collection of documentaries to Canberra audiences at Palace Electric It  will be welcomed by film goers and doco adherents for its variety and quality and its capacity to inform and make us think.

Lots of information can be found at https://strongerdocs.com/ including and there are links to bookings here. You can support the festival via sharing on social media as well as by your presence.