The Italian Film Festival is always a particularly special one at Palace and this year is no exception with 37 films in a variety of genres, more than 3o of these Australian premieres.

There are five special events at this year’s festival in Canberra, including the full 150 minute version of Loro for opening night – ‘Seduction, glamour, corruption, drugs and raucous poolside parties, the life and times of scandal-plagued Silvio Berslusconi”

Between opening and closing night you can see comedy, drama, crime, mystery, documentary and a selection of films by Ferzan Ozpetek. 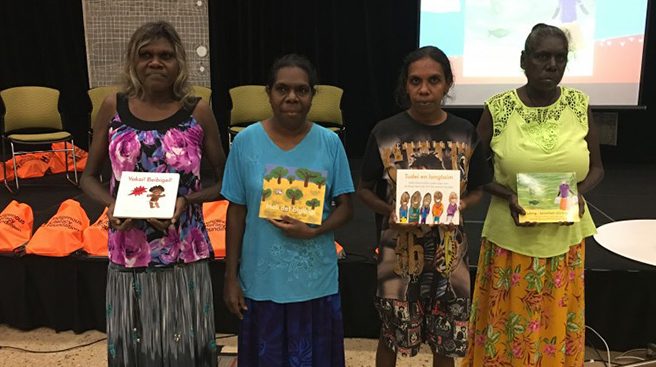 An initiative called Fill a Bookshelf aims to raise $300,000 and hence provide 30,000 books for remote communities. There is an emphasis on Indigenous writers and books relevant to communities.

You can get find out more at https://www.indigenousliteracyfoundation.org.au/

Or get on board with Fill a Bookshelf at https://www.ild.org.au/ 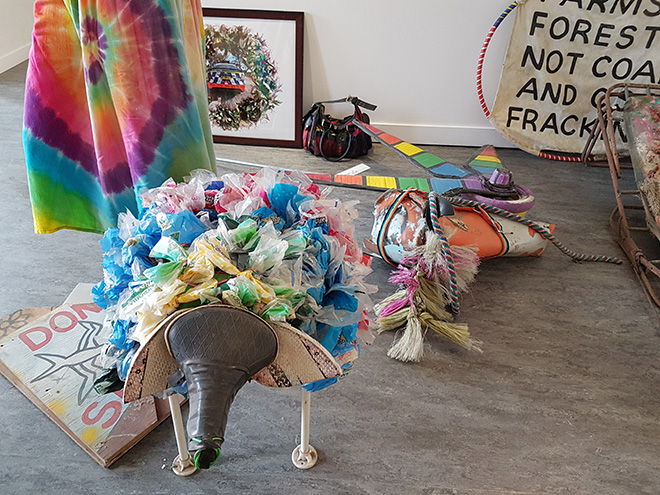 An exhibition by six artists at Tuggeranong Arts Centre, 30 August to 15 September 2018 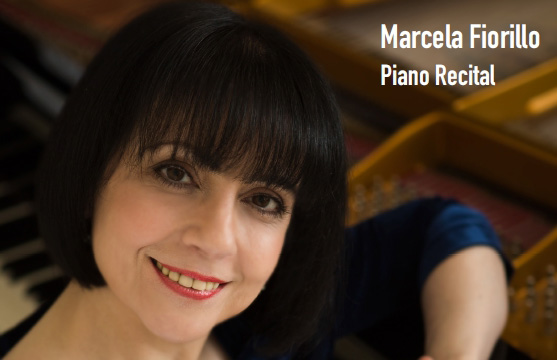 These two composers more than any others reflected the musical landscape of Argentina as a whole. Ginestera’s music incorporates folk and gaucho elements as well as the complexities of classical ‘academic music’.

END_OF_DOCUMENT_TOKEN_TO_BE_REPLACED 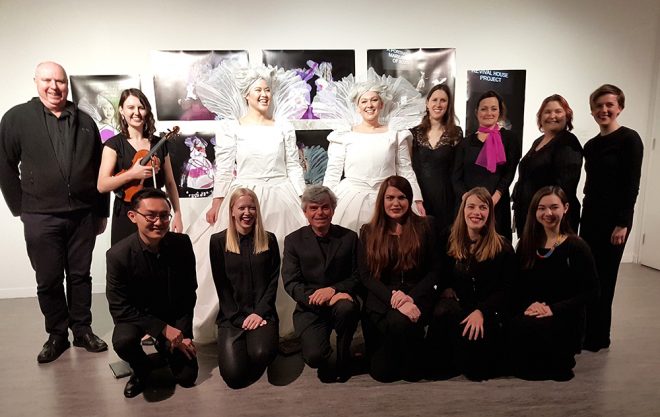 Bravo Revival House Project and Tuggeranong Arts Centre for an innovative and clever performance of artsong focused on Mary Queen of Scots. Louise Keast  (soprano), Shikara Ringdahl (mezzo soprano), and Ella Luhtasaari (pianist) along with Shags (visual artist), and Hue MacCulloch (fashion designer).have given a repertoire of music from the 19th and 18th centuries a 21st century feel with the use of multimedia effects.

The beauty of song was still the main game in this performance but creative use of graphic features, the inclusion of instrumental and choral pieces and some theatricality of staging brought it very much into the contemporary era.

It is wonderful to know that artists can work experimentally to produce quality performances and that our local arts centres will back them. TAC is quietly developing expectations with its arts programs across the board.

This debut novel was launched at the Canberra Writers’ Festival. It is to some extent a work of speculative fiction, but more it is an examination of the feelings of the depressed and the lonely.

Its main characters, a blue haired goth and an office worker, both suffer from a sense of being invisible, not being cared for by those around them. In this case, however, the conceit is that Alexander, the main male character actually does become invisible.

END_OF_DOCUMENT_TOKEN_TO_BE_REPLACED 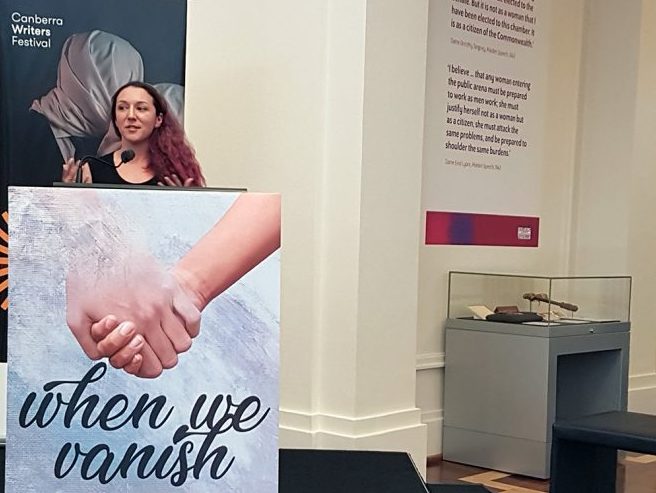 Book Launch at King’s Hall, Museum of Australian Democracy, by guest speaker duel Olympian Fiona Hannan of when we vanish by Yael Maree. When we vanish is published by Elephant Tree Publishing 2018

Yale Maree’s debut novel was one of a small number of book launches at this year’s festival. These events are important for all writers, but especially those at the emerging end of their practice.

Guest presenter Fiona Hannan, now on the professional speaking circuit, is a dual Olympic athlete in two different sports.  Fiona had an 18 year career as a professional basketball player, culminating in winning a bronze medal with the Opals at the Atlanta Olympics in 1996. She then turned her hand quite literally to Handball and in 2000 was selected and represented Australia at the Sydney Olympics in that sport.

As Yael Maree’s book delves into aspects of mental health and well being, Fiona Hannan was a particularly pertinent speak as this is an area in which she interests herself.

Find out more about Yael Maree’s novel at https://www.elephanttreepublishing.com.au/authors/ 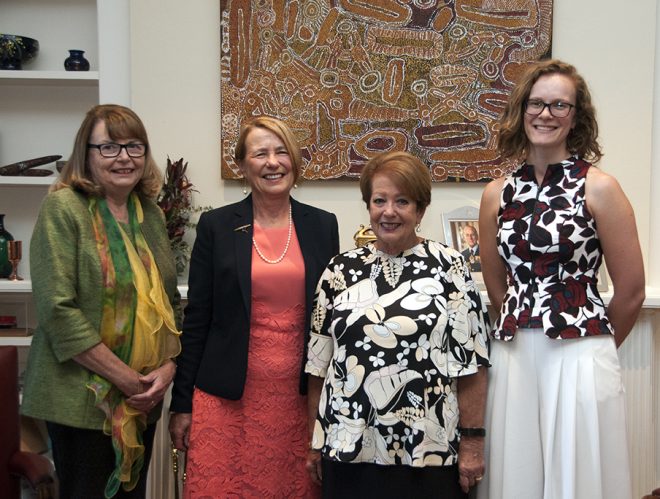 NCWA is a national non-government umbrella organisation with broadly humanitarian and educational objectives, which seeks to raise the awareness of women and girls to their rights and responsibilities as citizens and to encourage the participation of women in all aspects of community life. We work with, and across all sectors, to identify and bring about change to ensure that there is equity and security for all in Australia.

END_OF_DOCUMENT_TOKEN_TO_BE_REPLACED 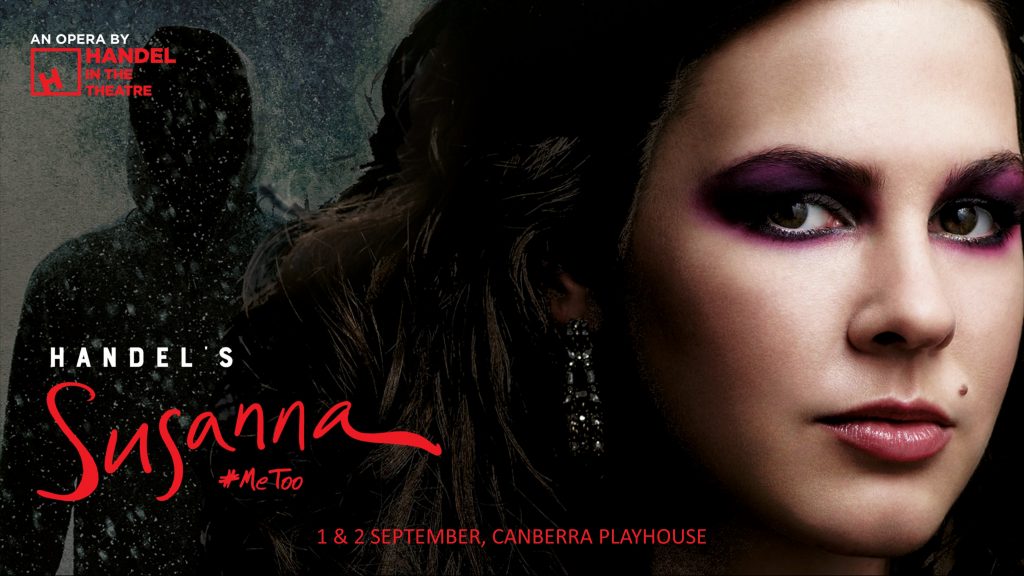 Handel in the Theatre’s third production is Susanna, Handel’s intense, thought-provoking opera about sexual harassment, innocence and truth. Written over 250 years ago, Susanna speaks to our times, asking whether goodness and truth can survive in a society with corrupt and lecherous leaders.

Susanna will be directed by Caroline Stacey and is conducted by Brett Weymark. 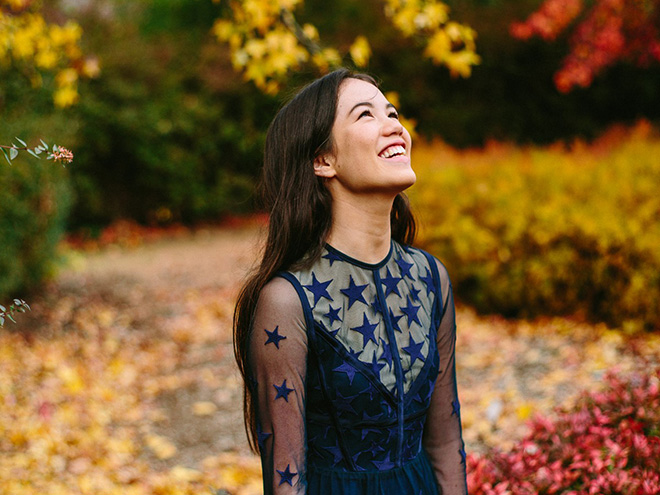 Lucy is best known as the youngest grand finalist on The Voice 2017 and since then has been seen performing at many events in Canberra including at Reconciliation Day 2018, the Australia Day 2018 ceremony and the National Folk Festival.

END_OF_DOCUMENT_TOKEN_TO_BE_REPLACED 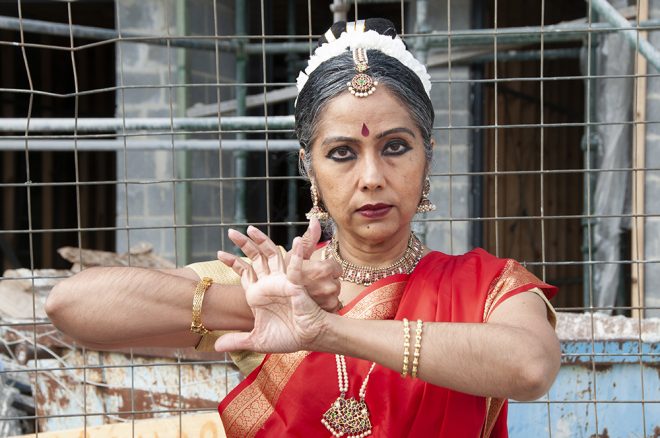 Coinciding the auspicious time of the Navarathri Indian goddess festival, the workshop intensive invites participants into the worlds of the powerful Indian goddess archetypes—Durga, Lakshmi and Saraswathi.

Durga symbolises the warrior space and confronting of our delusions including selfhood. Lakshmi symbolises the domestic and material spaces and invites us to contemplate on our dharma or practice of our roles without attachment to results. Saraswathi is the symbol of highest knowledge and in her world, contemplative artistic practices, like dance, allow us to access Consciousness spaces.

END_OF_DOCUMENT_TOKEN_TO_BE_REPLACED 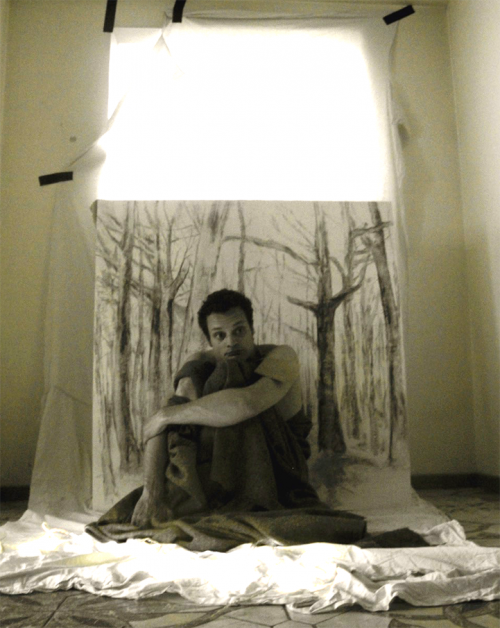 Led by actor, theatre maker and dance dramaturge Kenneth Spiteri, this workshop is for choreographers, dancers, actors and theatre makers who are interested in exploring different facets of ‘dramaturgy’ in the creation of new physical theatre and dance work.

The work will move between improvisation and discussion around the possibilities for creating meaning and ways in which a dramaturge can help facilitate the process of clarification in the creation of new works.

END_OF_DOCUMENT_TOKEN_TO_BE_REPLACED 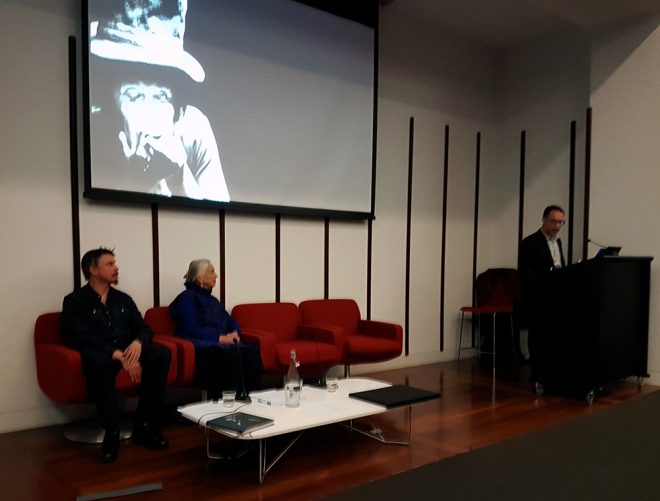 A cheerful crowd filled the LIangis Theatre at the NPG for the launch of out of silence:  Marcel Marceau by Jan Dalman, realised by Andreas Dalman and Elizabeth Cameron Dalman.

The meaning of the word ‘realised’ becomes apparent when you learn that this book was something that Jan Dalman wanted to achieve in his lifetime but which in the end was brought to fruition by his son and wife some years after his death.

END_OF_DOCUMENT_TOKEN_TO_BE_REPLACED

2019 marks 30 years of innovative concert creation around Australia by Kathryn Selby, AM

END_OF_DOCUMENT_TOKEN_TO_BE_REPLACED 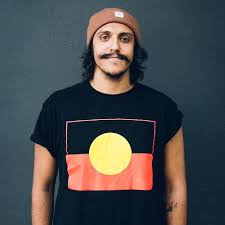 The scintillating Song Company returns to Canberra on Friday 7 September with one performance only at The Street at 7.30pm.

In this performance the seven members of The Song Company work with Indigenous dancer/choreographer Thomas E.S. Kelly and his Karul Projects to weave stories of the sky, the land and the seasons. We will hear both European music and new Australian music as well as see the natural world interpreted in movement.