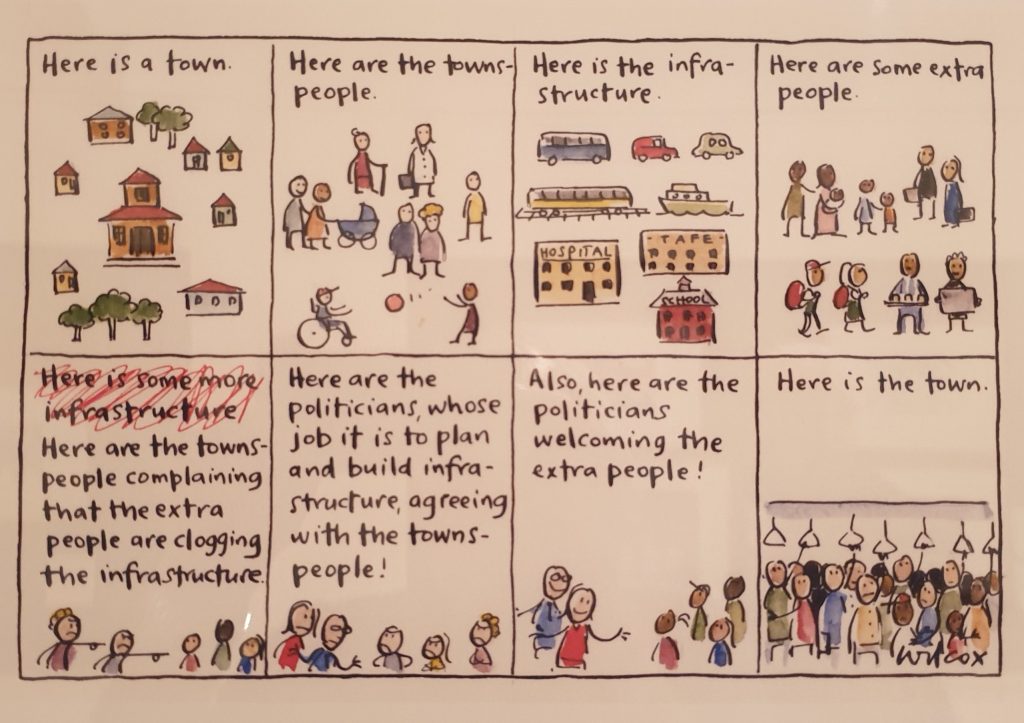 The winner of this year’s Cartoonist of the Year Award  is Jon Kudelka. Kudelka’s cartoons have appeared in The Australian and he has recently joined the team at The Saturday Paper. He sees the main aim of political cartooning as ‘puncturing the pompous and the puffed- up.’

Curator Jennifer Forest says that the cartoonists’ featured in the exhibition ‘strive, with humour and insightfulness, to ask questions and keep decision makers accountable.’

MOAD is open 9am to 5pm daily (closed Christmas day).